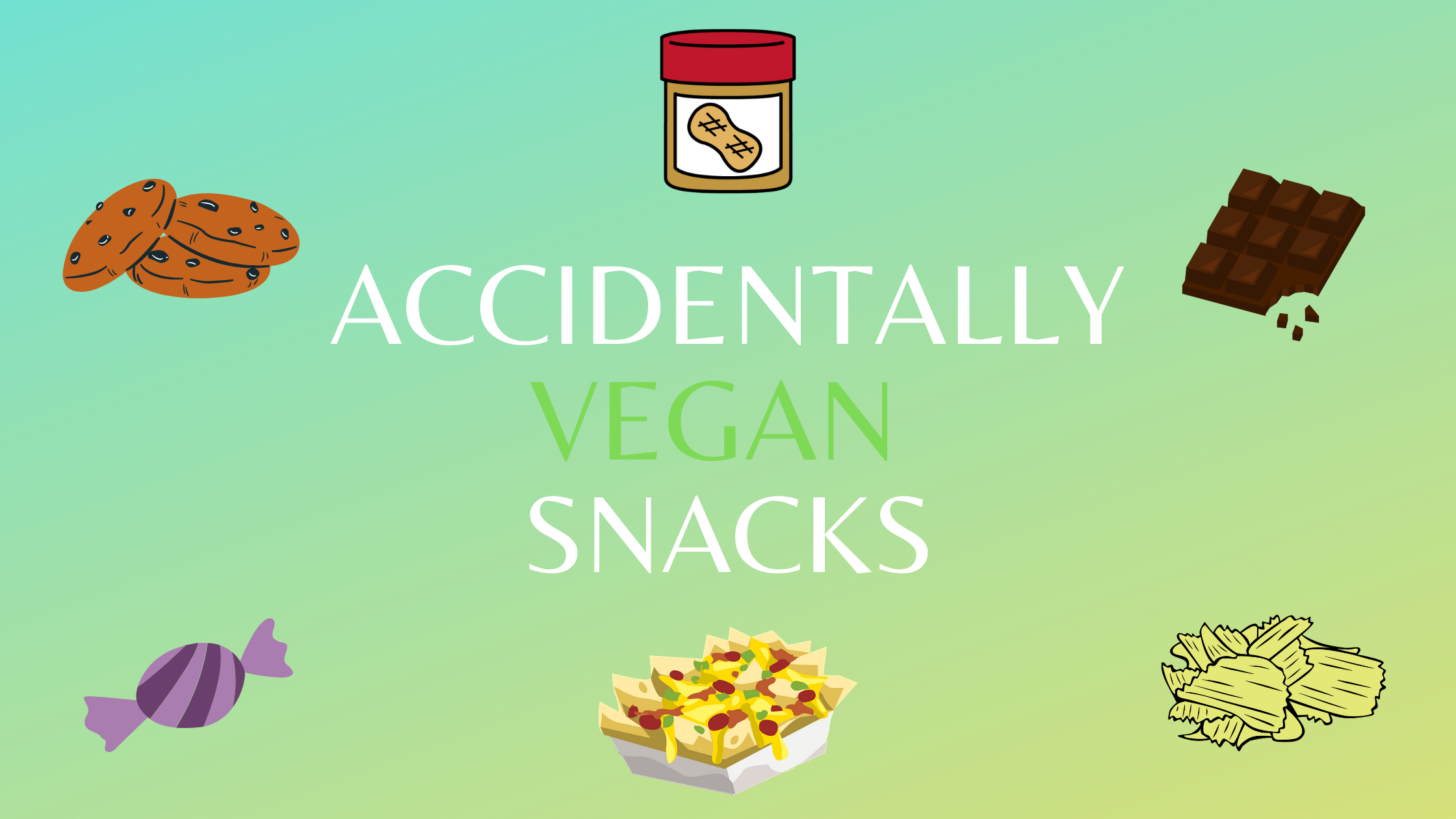 When I first went vegan it was tough. Cutting out the daily meat, eggs, cheese, was a long process, along with other snacks I would casually be eating otherwise (you’d be surprised how they sneak milk into most snacks!).

I was that guy who loved his meat, dairy, chocolate, pretty much everything that was non-vegan was my motto.

I used to pride myself in eating 5 types of meat at a bbq, literally enjoyed everything non-plant based, I was literally the opposite of what I am today.

That was until I had some autoimmune issues and other health concerns, and nothing was working. I did my research and I educated myself and realised how far veganism can take you in terms of health, preventing dis-ease and longevity.

But just because one of my main reasons for turning vegan was health, doesn’t mean I don’t crave a nutrition-less snack every once in a while like a chocolate-y biscuit or some savoury crisps.

Check out my list of accidentally vegan snacks, simply snacks that are not highlighted for being vegan, but appear to be free of animal products.

I love finding the occasional cookie and realising that there isn’t no egg, isn’t any gelatin or milk to be found in the list of ingredients, it really warms my heart.

Especially when the stereotype would have you think vegan biscuits are boring and bland, when you’d be surprised with the variety you’d find, we’re only going to cover a few here available in your local shop if you’re from the UK.

With any snack nowadays that has a glaze, it does make me gaze and wander: hmm… Has that got egg or milk in it at all?

So as you do, I’m browsing the supermarket and I check these, which I used to eat out of curiosity and was blessed to see that they don’t have any animal products listed in the ingredients, happy days!

Growing up to the common culture of going school, then going to the shops pretty much every day to get a little snack after, got me in the habit of finding the bargains.

These babies are less than a pound, and personally I’ve always preferred them to custard creams!

Contrary to popular belief, and decades of marketing linking this product with milk, the oreo cookie itself is vegan – free of all dairy and other animal products.

Not to say it’s healthy, as it’s not, (it is still junk food and made with numerous oils and syrups) but it is a good snack for when you feel like a tall glass of (oat) milk with some cookies on occasion, either Oreos or Bourbon Biscuits do it for me!

If you look carefully at the ingredient list, you may be pleasantly surprised to find many varieties of crisps, snacks and other savouries that contain no animal products.

With this, many products do also tend to sneak in the odd trace of whey or egg powder, so that’s why it’s important to always read ingredient lists.

KP nuts, an easy go-to, are an easy vegan go-to snack when in need.

I’d be careful with the dry-roasted range, many ingredient mixes tend to contain gelatin, to help the salt bind to the peanut or something – weird, I know.

Graze have a great range of snacks, from spicy options to crunchy wasabi nut mixes. Not all their products are vegan, as mentioned on their main site, which speaks of some products using shellac. As well as some flapjacks, bakes, etc with egg and milk derivatives, always check the label.

One of my favourite snacks, so simple, so tasy, has no hidden “beef” or “chicken” flavouring, no questionable ingredients, just chickpea flour, lentils, split peas and spices!

It is actually also surprisingly high in protein, with 13g every half-pack, but careful as it is also piling 2.24g of salt for the same quantity, but a great vegan snack to know of from the top of your head!

Pringles are a funny one, in that for the majority of the time, most of the flavours, even those you won’t expect, i.e. salt and vinegar aren’t vegan as they sneak in milk derivatives in the form of “whey”. The original flavour, being salted pringles, are in fact accidentally vegan.

Now you know the next time you want to grab some munchies and don’t want to spend a load on fancy vegan crisps.

Kettle chips are a nice fancy choice for those who want a more-ish bite. Not all flavours are vegan, such as their cheese flavours, but a good few are, and are available in the UK.

Hula hoops are a good childhood favourite, with only a few options that are accidentally vegan, but at least there’s options!

I know what you’re thinking: Roast Chicken + Crisps = You’re chatting rubbish; I kid you not, upon checking the ingredients myself I was pleasantly surprised to see the “roast chicken seasoning” is made up of: salt, garlic, yeast, onion, parsley and paprika, literally just seasoning!

What’s more, this isn’t just applicable for the Roast Chicken flavour, but also for other “meaty” favourites such as “Smoky Bacon” and “Prawn Cocktail” are also free of animal products as cited in the ingredients.

Unfortunately not all Walker’s crisps flavours are vegan, for instance the cheesy ones have whey and cheese powder, stuff you want to avoid if you want to become vegan!

I was so disappointed when I first went vegan and wanted to avoid milk and eggs altogether, when I found out that my second fave flavour (Cool original) has dairy in it.

I ended up not buying Doritos for quite a while, but then after a while I was in the snack isle and decided to have a look at Chilli Heatwave Doritos, check their ingredients and voila! It’s vegan!

With no animal products contained in this flavour Doritos, you can snack safely and soundly knowing it’s cruelty-free. Good to know that the lightly salted are also vegan, sounds obvious but you’d be surprised.

The word “bacon” may throw people off, or even attract certain people, but for pork avoiders, meat lovers and vegans alike, we can all enjoy this snack with a clear conscience as it is completely free of animal products!

The “smoky” bacon type flavour appears to be made by smoke flavouring, which is rather popular nowadays in vegan cooking so it does make sense!

Personally I wouldn’t go out of my way to buy this specific snack but all to their own.

I don’t know about you but sometimes when I’m hungry in the evening I enjoy going for a bowl of cereal, or 2… or 7.

The vegan milk isn’t the problem, it’s finding the cereals that don’t have milk in their formulations, or honey. Good thing is there’s an array of options when it comes to that, without having to compromise on taste.

Some accidentally vegan cereals in the UK.

Chocolatey cereals were my favourite, but taking veganism seriously I had to cut out dairy to truly feel the effects, which meant I should avoid the majority of chocolate cereals.

I was very surprised when I saw that these shreddies were actually completely vegan, next time you feel like a bowl of cereal, go grab some Coco Shreddies and your favourite dairy-free milk.#

Weetabix is made from ingredients that aren’t derived from animal products. So we can add this to our list of accidentally vegan snacks available in the UK.

From an official weetabix source, they have confirmed that Oatabix, Weetabix chocolate, and original are free of milk-based products.

They have also mentioned the following flavours, weetabix minis fruits and nut, chocolate chip and original to not have milk-based products in the ingredients mix. But they are made in a factory that does handle those products, and so cross-contamination may occur.

Sometimes you don’t feel like eating healthy all the time and want some chewy gummy sweets made from fruit juice but aren’t healthy, but are vegan.

Made from fruit extracts and sugars, etc, these fizzy, fruity bites will satisfy your sweet tooth every once in a while.

Another fizzy sweet to add to the list. Haribos don’t quite have the reputation to cater t vegetarians, let alone vegans.

But there they are, vegan rainbow strips, so you know where to go for that next sweet pit stop.

These have got to be the most satisfying, yet cheap fizzy vegan gummy sweets that I’ve ever tried, AND they’re cruelty-free!

They’re literally like 40p at Tesco; one of my essentials when chopping for movie snacks.

Millions are a good choice for those who like chewy juicy sweets but don’t mind investing time in getting them stuck in your teeth!

Another reason why is they’re vegan, a good range of flavours too certified by the vegetarian society as vegan. These include strawberry, bubblegum, cola and blueberry flavours.

People tend to have a dislike to dark chocolate if you’re to think from a majority perspective, I for one personally developed a taste for it.

However, bourneville’s been around for as long as I can remember, and I’ve never really looked twice until I realised that it’s actually dark chocolate, just doesn’t taste like it!

Must be all the sugar, but it is a vegan option, of not so many – at least here in the UK.

For those who don’t like dark chocolate, but like the taste of chocolate, but don’t want to eat products containing milk, go for a bourneville next time!

I’ve never been the biggest fan personally, but pot noodle is a proper option when it comes to the munchies.

But are pot noodles vegan?

You’d be surprised to know that the following flavours: Sweet and Sour, Beef and Tomato (I Know -_-), as well as Chinese Chicken are also free of animal products.

Non-vegan flavours include: Chicken & mushroom, Chilli Beef, Sticky Rib and Original curry. Could be a quick fix for those who don’t want to cook.

Just make sure you check beforehand, but some pot noodle flavours are accidentally vegan.

Although it’s another one on the list that says “chicken” on it, on the website itself it says that this is suitable for vegetarians, and the list of ingredients doesn’t seem to show any traces of egg or milk, or more importantly CHICKEN.

So for those who prefer a bowl of rice when the hunger strikes, this easy option should be perfect for you!

Those were some accidentally vegan snacks available in the UK that you may or may not have known were vegan!

If I missed any you feel is worth noting please leave a comment, I look forward to starting this journey into veganising it for the better!

Here’s the full list of accidentally vegan snacks in the UK: 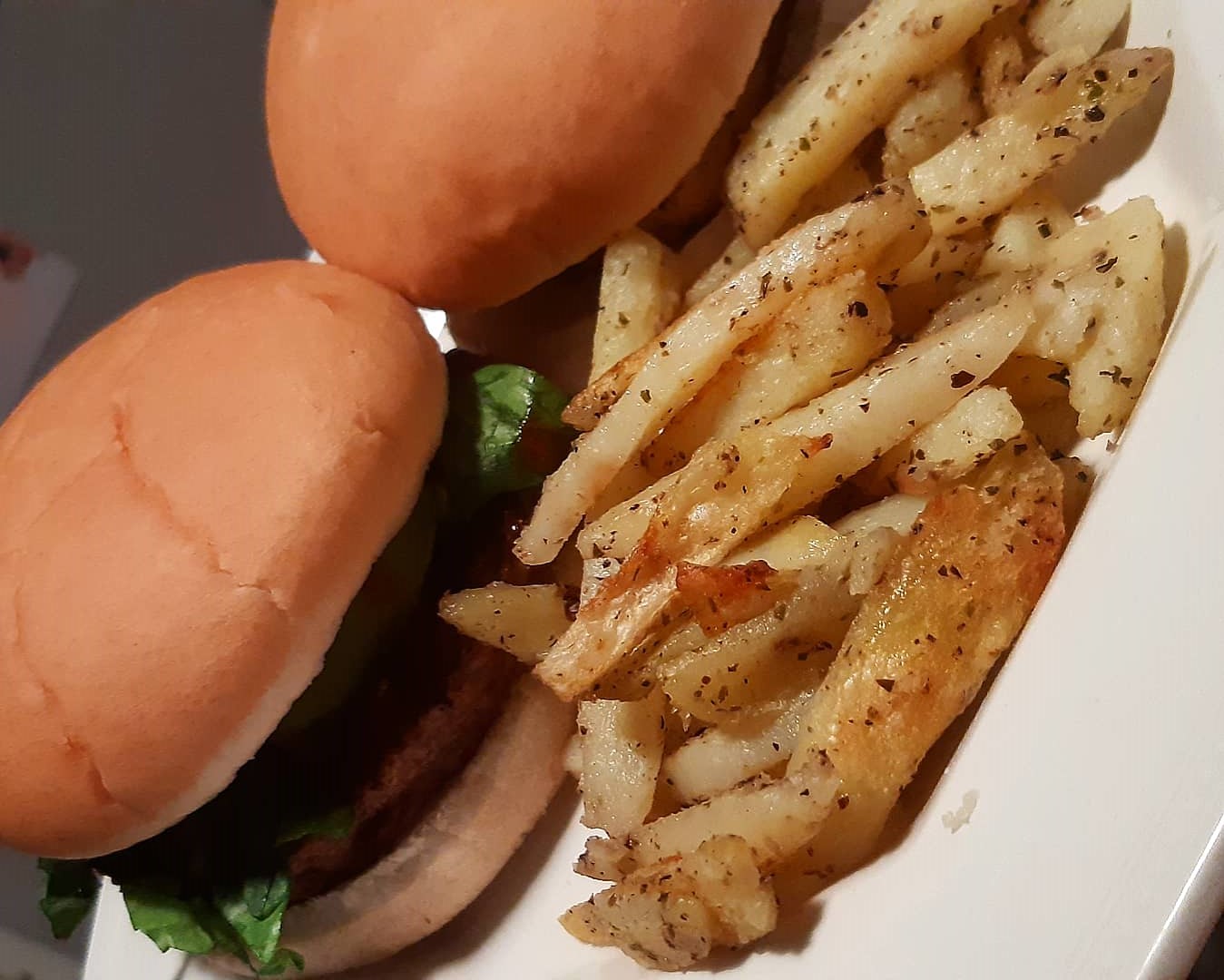 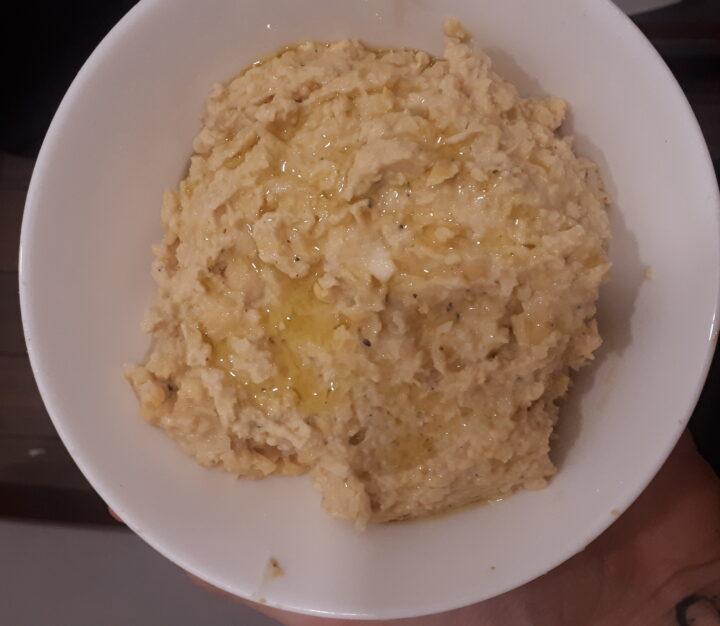