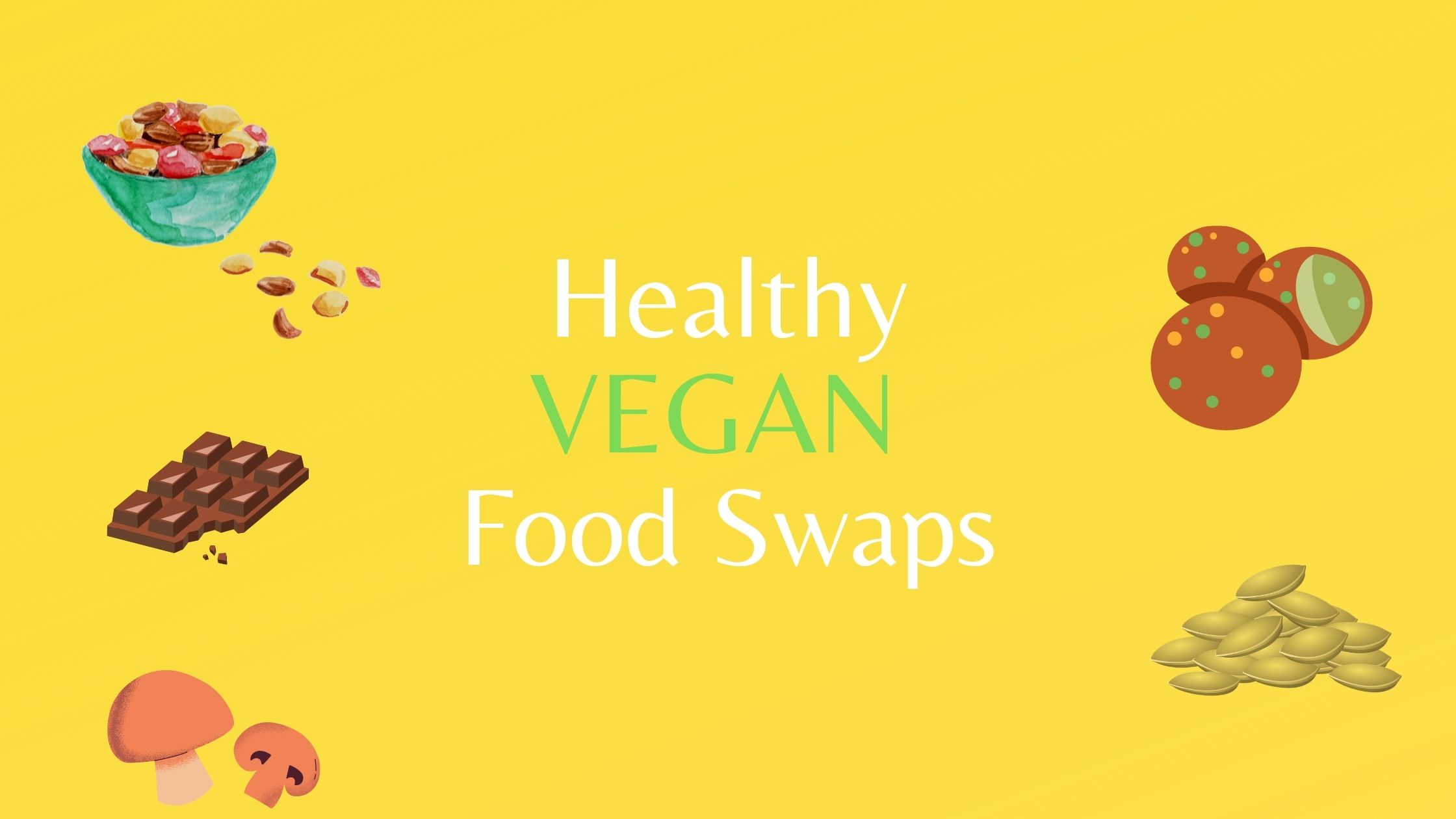 It’s not easy going vegan for somebody who’s never given it a go before. You may find it’s even harder when you haven’t even considered it before; To cut out your meat, dairy and comfort foods that so frequently contain animal products.

One way I as an individual found it easy to go vegan, was to identify easy, healthy vegan food swaps for everything I liked. Effectively swapping the non-vegan food with the vegan counterpart, which in general is healthier.

So in essence you’d be forming healthier habits by substituting junk with alternative foods, as well as easing yourself into eating more vegan foods.

The purpose of this post is to provide you with healthy vegan food swaps to commonly eaten junk foods.

Crisps and crackers are always riddled with gluten, oil, excessive salt, and more often than not, non-vegan products like milk and cheese powders.

This is a post covering actual healthy alternatives to everyday foods, not just healthier, it would be way too easy to list a bunch of healthier crisp and cracker brands.

One great alternative to crisps I’ve found are nuts and seeds. Both great for snacking, and high in vitamins and minerals – Nuts and seeds are a great way to curb the appetite, bulk up and give yourself a nutritional boost.

Pre-packaged nuts also come with a lot of oil and salt, as well as other preservatives, which you’d be better off avoiding; You can easily substitute this for raw nuts – Plus there’s so much variety!

Fruits are literally nature’s candy, and we all know how bad processed sugar is for you. As sweets seem to also be riddled with questionable E numbers, gluten and gelatine, it’s clear as to why you may want to find a healthier alternative when going vegan.

Good thing is, with today’s range of options you can get dried forms of a wide variety of fruit. Which, needless to say, is a lot healthier than the average sweet sold in your local shops.

My personal favourite is dried mango, as well as wet… or let’s say “normal” mango. But I’ve recently tried dry strawberries which is definitely a close second now, considering.

Dried fruit comes with additional benefits, some of which including nutrients such as vegan iron and calcium (in white mulberries), as well as simply tasting great!

You don’t need an expert to tell you that chicken nuggets are one of the most processed foods on the planet. You could be eating all sorts of ligaments, skin, bone and fat in one nugget and you wouldn’t even know it.

There’s a much healthier (well, kind of) alternative, although still fried, but made from much better ingredients.

Falafels are great healthier substitute to chicken nuggets, and can even be baked instead of fried, so you can guarantee the replacement is better for you, especially if prepared in the oven.

Falafels are based from chickpeas, with additional herbs and onions, not really much else nasty in there. Try this vegan falafel recipe today!

Homemade nut or seed milk instead of cow’s milk

This isn’t a post to cover all vegan substitutes, we already have a dedicated post for that.

But did you know regular cow’s milk is actually quite detrimental to your health?

It can lead to hormonal imbalances (considering the large amount of animal-based estrogen you’re consuming with it), is bad for weight control, contains an insane amount of pus, and has been shown to speed up the spread of cancer cells by its acidic toll it takes on the body.

You’re better off drinking almond, or oat milk, better yet, making your own from scratch.

All you need is water, your choice of nut, seed, or grain, and a sweetener (if preferred). You can blend in your supplements so you won’t even miss out on the vitamin D and b12.

Usually overlooked as an unhealthy food, but milk is actually pretty bad for you. I mean, it’s only been about a few 100 years since our bodies could break it down, and even now over 50% of the world is still lactose intolerant.

Try a homemade chickpea omelette instead of an egg-based omelette

May sound strange at first glance, or first skim-read, but ever since I first experimented with gram flour and made me my first (good) chickpea omelette, I never knew how versatile the chickpea really is.

I know what you’re thinking: Eggs? They’re not unhealthy, why substitute them?

Many reasons. There are a lot of people in the world allergic to eggs; eggs aren’t vegan and require cruelty to meet the demand; Eggs raise your cholesterol and it was actually advised by my mum back in the day to avoid eating them every day – although she never quite knew why.

You get no cholesterol when eating a veganised omelette, all it takes is five ingredients or so, and you can whip it up in 10 minutes. It’s rich in plant-based protein as well as being a source of iron, definitely one to consider when thinking of healthy substitutes for eggs.

It may look like a typo as written above, but this one is actually one of the easiest swaps of the list.

Not to mention white chocolate which is only still mentioning the term “chocolate” with its use of cocoa butter, absolutely swimming in sugar and unwanted ingredients. Dark chocolate is a good substitute for the real choco-heads that need a quick fix.

The good thing about dark chocolate (at 55% cocoa solids or over) is actually a source of magnesium, iron, copper as well as other trace minerals. Also being a natural source of caffeine, this can give you the infamous caffeine high, without the diuretic after-effects much like coffee.

This is why I love using cacao powder in my morning smoothies, blended with banana and chia seeds, you’d likely not want to drink Nesquik again.

All in all, the cacao beans and nibs aren’t the problem when it comes to chocolate, it’s usually the milk and sugar. Be weary to not consume too much though, one bar of dark chocolate can still pack a lot of saturated fat.

Now this is a bonus tip, one you probs won’t find online as I discovered this quite by accident, when conjuring up some way to make lentils more “meaty” to resemble both the texture and taste of minced meat.

It’s a commonly known fact now that red meat is to be avoided, and as we learn more about how food affects the body, meat is something to slowly cut down, or out, in your diet.

You can use this simple lentil ground beef substitute in any vegan lasagne recipe, Bolognese or even vegan chilli recipes. A heart-healthy alternative to the common meats people go for, more creative, and more nutrient dense.

Just another of many examples of how healthy food need not be bland and is sometimes even better than the original food.

Mushrooms for the meat

Mushrooms have been well-renowned for their “meaty” texture and work to make a good substitute for a good range of meat-based meals.

You can use king oyster mushrooms and their thicker, chewier texture for vegan calamaris; Button mushrooms for stir fries and pasta dishes; Portobello mushrooms can be used as a substitute to burger patties.

You’d be surprised how well they can absorb flavour and how neglected they usually are in meat-based recipes, that all changes when they become the star of the show 😉.

Hope you enjoyed this list of healthy vegan alternatives to commonly eaten foods. Hopefully I gave you some good info you can apply in your day to day.

For more on vegan snacks that aren’t so healthy, you may want to read up on my “accidentally vegan snacks” post for some inspiration on what common snacks you may already be eating that happen to be vegan! 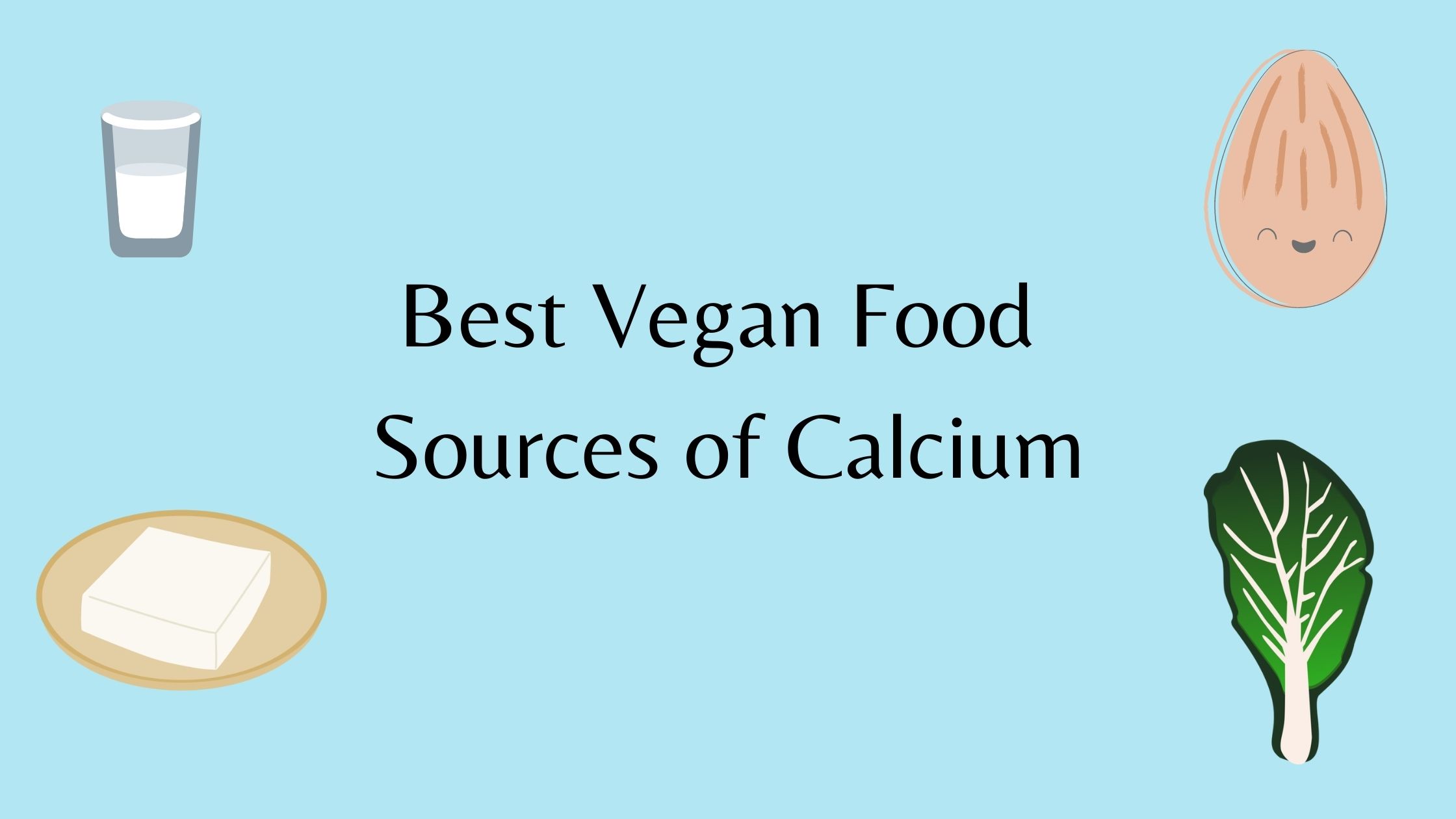 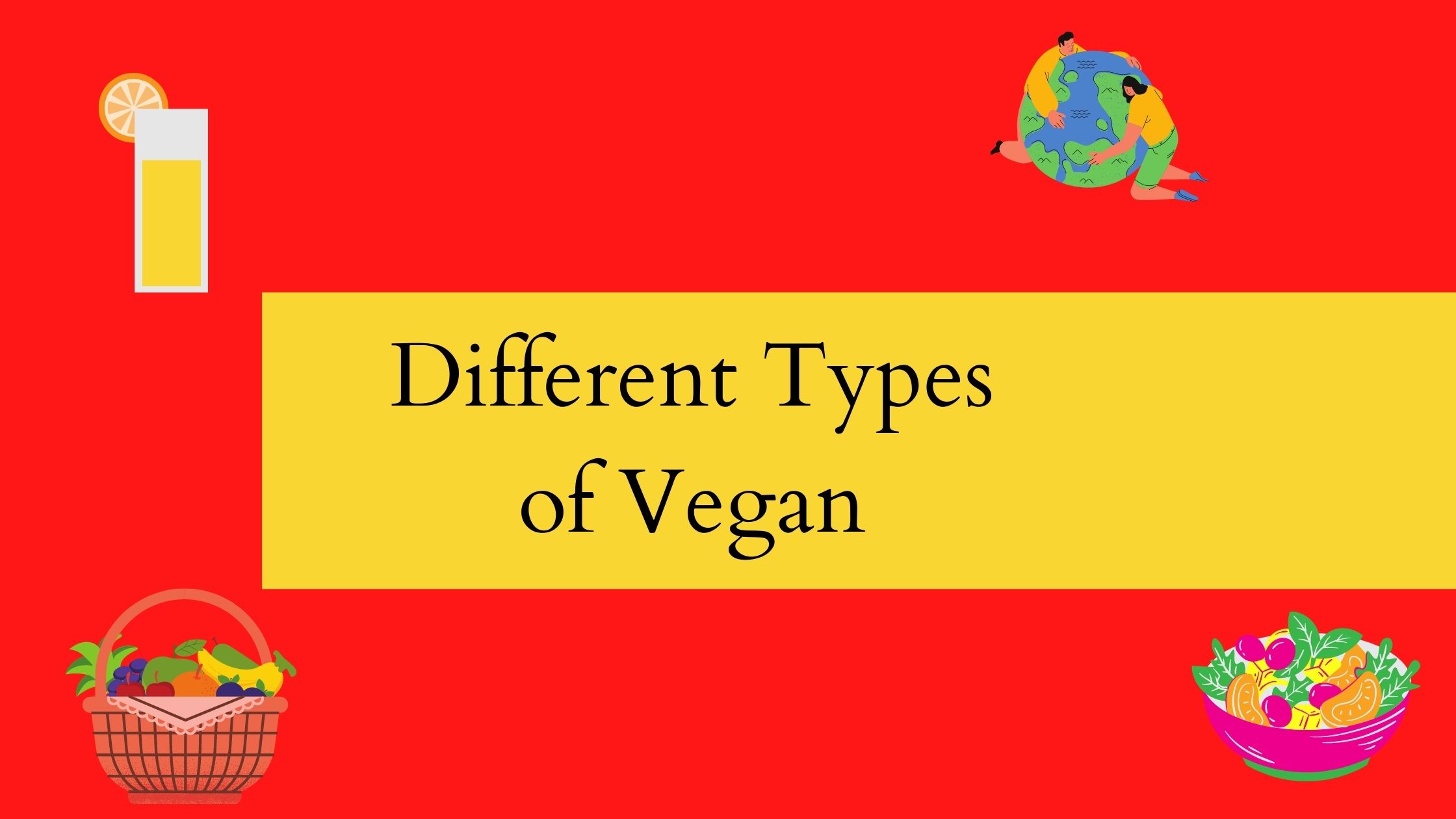 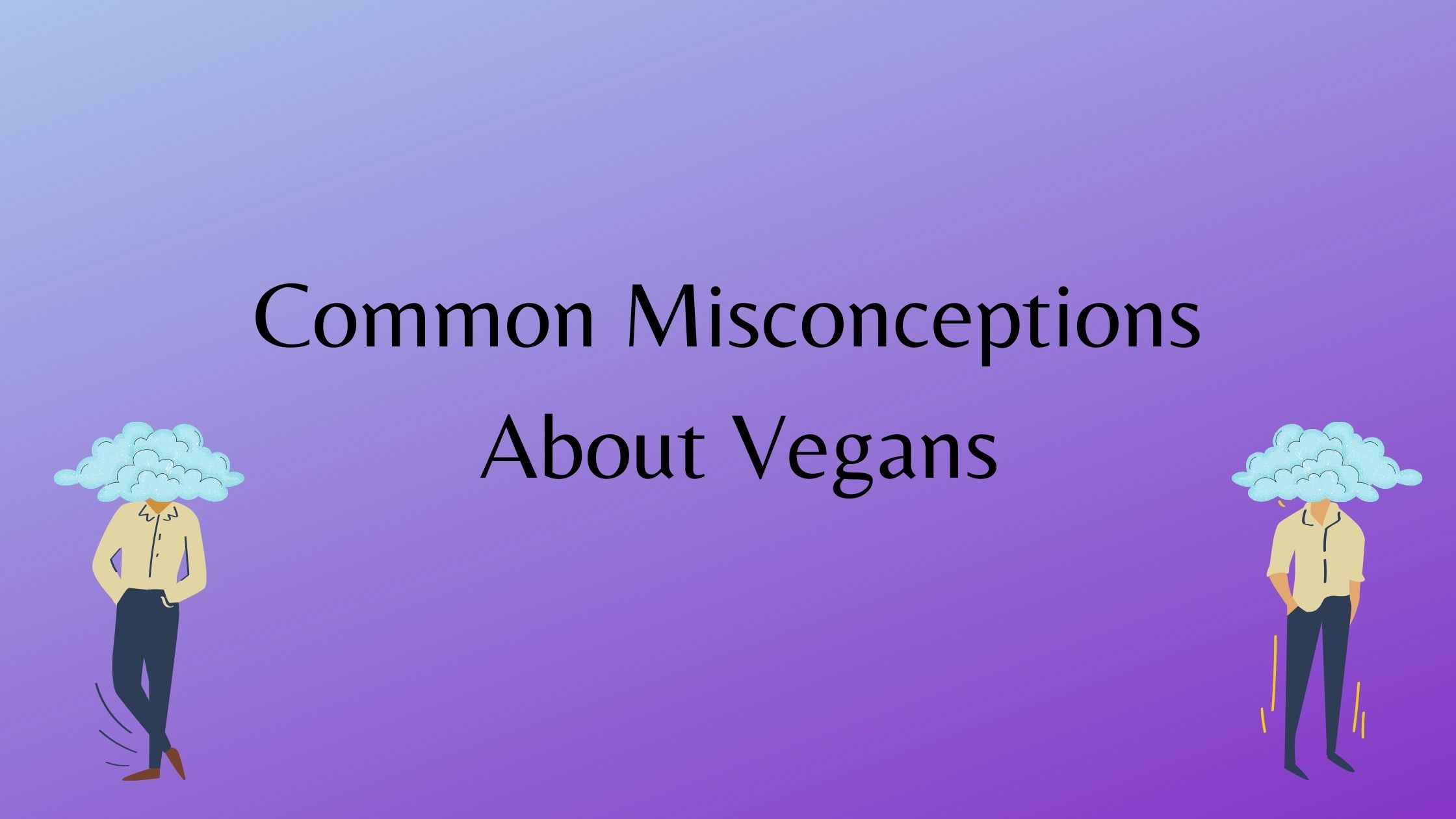