A creamy pasta is a staple in my diet, I’ve got to get at least get one good creamy pasta dish in me per month. This vegan mushroom alfredo really hits different though.

Before I went vegan the only creamy pasta I’d have is carbonara; Which traditionally doesn’t actually have any cream in it.

My veganised spaghetti carbonara does though! Anyways, back to business.

This veganised mushroom alfredo is something you can whip up as a mid-week meal, for both vegans and non-vegans alike.

What you need for a vegan mushroom alfredo:

This veganised take on a mushroom alfredo is so satiating and tasty, for even the fussiest of children and meat eaters to convert to veganism, no joke!

One of my preferred vegan pasta recipes I’ve made so far, and so worth the effort. The sauce is thick, creamy, garlicky with a hint of tanginess from the lemon. The cashews really work well to make an exceptional sauce – You’d never guess it was vegan ;).

How do you thicken mushroom alfredo sauce?

To thicken the sauce, say if it becomes too runny, you can always add more cashews; as well as reducing the amount of oat milk used to bulk up the sauce.

Vegan mushroom alfredo pasta is a great dish to eat alongside some bruschetta, on its own or topped with some vegan cheeze, like parmesan.

If you like this vegan mushroom alfredo, you’ll love our vegan bolognese, spaghetti carbonara and red lentil lasagne recipes.

Give this a try today, if you like it feel free to share with friends and family, it helps us at Veganising It grow!

Print Recipe
Vegan Mushroom Alfredo
Looking for a banging creamy vegan pasta recipe everyone will love? This vegan mushroom alfredo is sure to hit the spot. 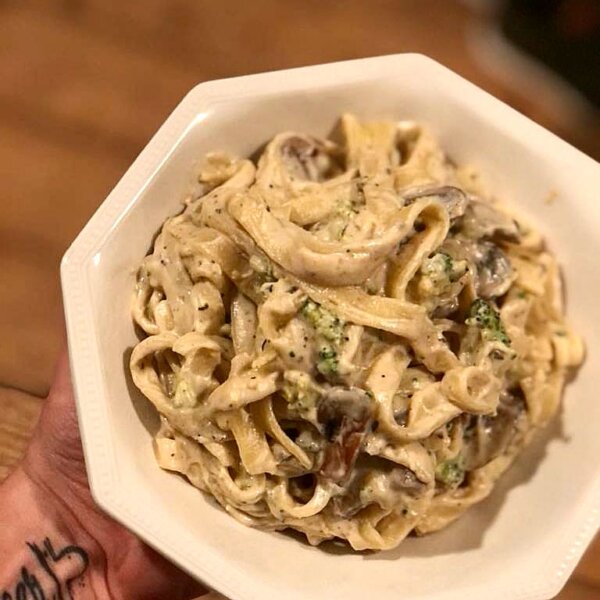 We used a nutri bullet to blend the sauce, any blender should work just fine though! 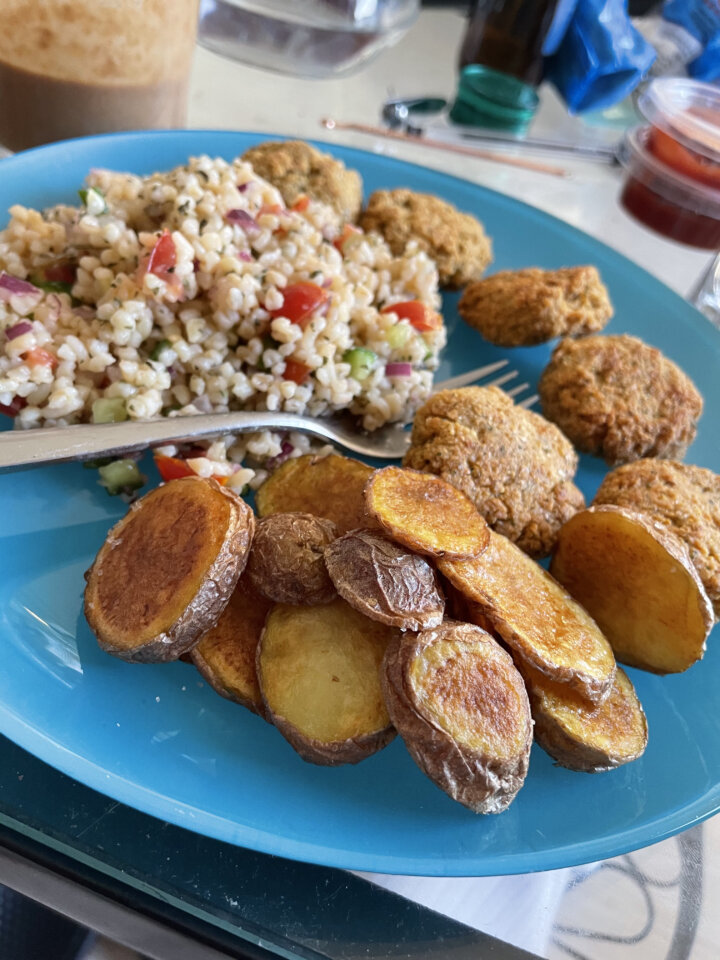