Falafel is one of the foods that I didn’t eat much before going vegan. It has quickly become my go-to.

Especially when I’m feeling to eat something that isn’t super-healthy, but is made of better ingredients than the usual nuggets people eat.

My simple vegan falafel recipe is somewhat traditional, in that it requires dried, soaked chickpeas (at least for 12 hours). Canned chickpeas won’t return the ideal texture you’re looking for.

The dried, soaked chickpeas makes all the difference in whether you create a falafel that is crispy, tasty, more-ish and satisfying, or a badly put together chickpea ball.

The ironic thing is, although dried, soaked chickpeas are beneficial to canned as they contain less heavy metals and typically lower sodium levels.

This basic falafel recipe is suitable for kids to enjoy, as the end product has a texture and taste which is simply satisfying to the taste buds. What’s more, it can be enjoyed as a healthier alternative to overly processed chicken, or quorn nuggets.

You’ll leave them asking for more and looking forward for the next time you make ’em. With the simplicity of the process, you can easily make this one of your weekly go-to meals.

Vegan falafel recipe, with a twist…

As opposed to most traditional falafel recipes which use white onion, I decided to experiment and use red onion instead. Now you can see by the fact that this recipe made it, that it turned out more than alright!

The red onion adds a slight variation in taste, with sweeter hints than the usual onion used, giving the falafel a flavour that isn’t like your typical falafel.

I’m not usually one that deep-fries stuff, no real reason, I just prefer my food cooked on the stove, roasted and raw.

But with this vegan falafel recipe I am prepared to make a compromise, as it’s too hard to resist. Once you have one, it’s even harder to stop yourself from eating them all in one go – I had to stop myself from eating the next day’s lunch!

I’m sure we’ve all had a bad experience, as a vegan or non-vegan, with a simply terrible falafel. Whether you ordered it from a takeaway or store-bought the mix, bad falafel can easily put anyone off.

I thought that myself before going vegan, then I had to experiment and discovered that good falafel, is definitely something I’ve been missing out on.

What makes a good falafel?

The important components that fall into making a quality falafel are three fold:

If you follow these steps you should be fine, and 3 steps further into making your own homemade vegan falafels.

The good thing is with falafels, once you place them into the fryer, they cook within 3-5 minutes, not long at all.

Most of the time goes into the prep, like the soaking and refrigeration of the mix, to then be fried.

What goes well with falafel?

Falafel’s unique taste and texture is one that pairs well especially with a garlicky tahini sauce, hummus, salads, great in wraps or on its own as a snack.

Falafel can pair well with chips too but traditionally you’d want to pay homage to the middle-eastern tradition; I ate ’em with some veggies and tahini-based sauces, that’s where it’s really at.

I served my vegan falafel in a pitta on a bed of hummus, with a drizzle of homemade vegan tahini sauce and a side of veggie cous cous.

~ One of my favourites. 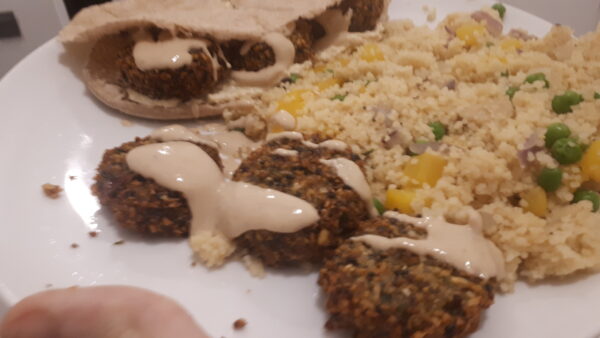 With soaked chickpeas, ensure you add at least 3x the amount of chickpeas, as they double in size and absorb lots of it.

If your falafels aren't holding together adjust you water/gram flour quantities to get the desired result. 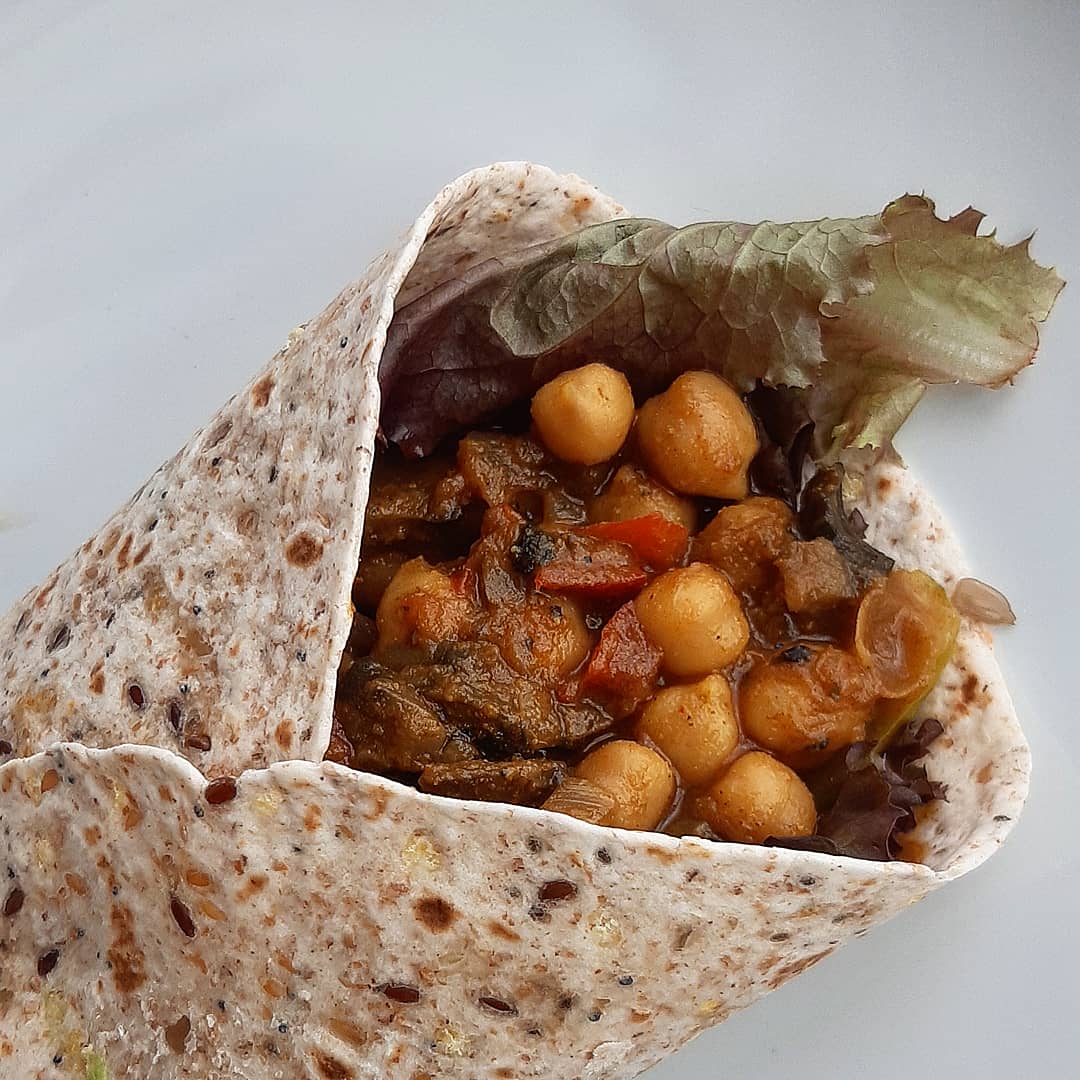 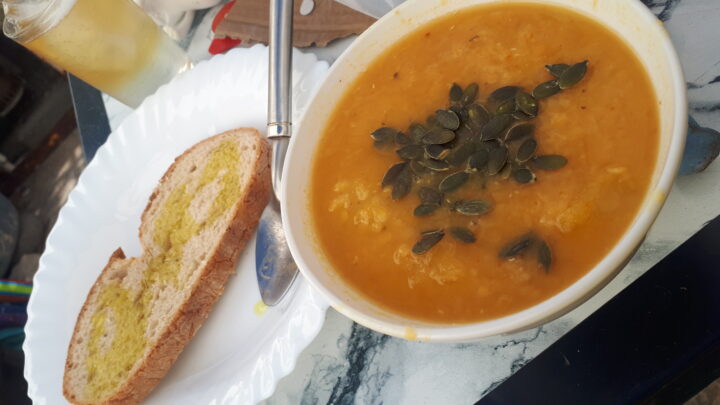